Vessel traffic resumed in the Houston Ship Channel after it was shortly stopped due to a fire aboard the 19,508 dwt chemical tanker Jo Kiri yesterday, Reuters cited the United States Coast Guard. 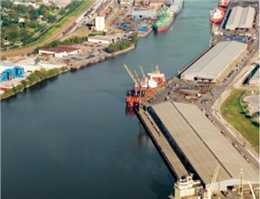 Houston Ship Channel was closed for an hour after the 2003-built vessel, owned by Jo Tankers AS, reported smoke in its engine room, MANA correspondent reported.
After the fire-damaged tanker, which was blocking the traffic in the waterway, was moved to a berth, the traffic resumed at around 4 pm local time.
Reuters said that no injuries were reported in the incident.
According to AIS data provided by MarineTraffic, the 145-meter-long tanker was moored in Houston on December 6.
0
Tags: Houston Ship Channel America fire tanker
Visit Home
Send to friends
Print
Newsletter
Share this news