The deadline for Hanjin Shipping to submit a rehabilitation plan to the Korean bankruptcy court has been extended until February 2017. 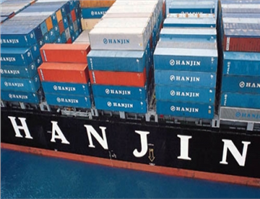 According to MANA, Law firm Clyde & Co said in an update that the deadline of submission of a draft rehabilitation plan by Hanjin to the Seoul Central District Court had been extended from 23 December to 3 February 2017.
Hanjin filed for receivership on 31 August in the largest container shipping bankruptcy in the history of the sector.

“Furthermore, there is considerable speculation in the press as to whether the rehabilitation plan will succeed or whether Hanjin will become insolvent.”
0
Tags: Hanjin restructuring plan deadline extend
Visit Home
Send to friends
Print
Newsletter
Share this news