US Election Will Damage Shipping

Whether the reds or blues win the US elections, international trade relations are destined to sour, dragging container prospects down with them, a new report by Drewry has revealed. 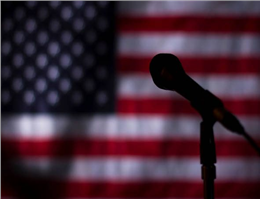 The US election results are revealed on the night of November 8, 2016, and with one of the most dramatic and contentious presidential races in history many are concerned of the consequences of either result, MANA correspondent reported.
Both Hillary Clinton and Donald Trump have expressed their desire to prioritise US domestic trade over international trade, which will undoubtedly impact container trade.
Trade agreements that exist are planned to be scrapped by the republican candidate.
Hillary Clinton is also against the transpacific partnership which many feel is vital to opening up trade, especially in the current volatile shipping market.
Donald Trump has also named the NAFTA agreement “a disaster”, stating it alongside the transpacific partnership as “a bad, bad deal for the American people”; Jill Stein, an independent runner who had republican policies also opposes the transpacific partnership and trade agreements which undermine American jobs.
0
Tags: Container shipping America Election Trump Clinton
Visit Home
Send to friends
Print
Newsletter
Share this news