Maersk Line remains in the red

MAERSK Line has reported a loss of $116m for the third quarter of 2016 against a $264m profit for the corresponding period last year. 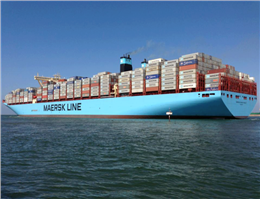 According to MANA, Average freight rates in the quarter fell 16% from $2,163 per feu to $1,811 per feu year-on-year, but improved significantly on the second quarter average of $1,175 per feu.
Maersk Line’s third quarter result comes after it too proved it was not immune from the industry's wider failings after record low freight rates drove the carrier into the red during the second quarter of 2016, reporting a net operating loss of $151m compared to a $507m profit a year earlier. This was on the back of only a slight net operating profit of $37m in the January-March period, compared with $714m for the same period in 2015.