Offshore vessels owner Tidewater Inc has warned that the company could face bankruptcy restructuring as negotiations with its creditors have not been fruitful. 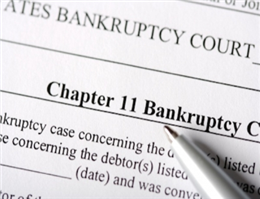 According to MANA, Tidewater earlier reported that progress was being made in its negotiations with its principal lenders and noteholders to obtain the covenant relief sought.
“However, recent industry data, including data regarding projected levels of offshore drilling activity, a primary driver of activity within the OSV industry, has led the company to conclude that important debt terms will require further negotiation,” Tidewater stated.
“While the company will continue to work toward amendments to its various debt arrangements that will be acceptable to all parties, there is a possibility that the lenders, noteholders and the company will not be able to negotiate new debt terms that are acceptable to all parties, in which case the company will have to consider other options, including a possible reorganization under Chapter 11 of the federal bankruptcy laws,” it admited.
0
Tags: tidewater America bankruptcy offshore osv
Visit Home
Send to friends
Print
Newsletter
Share this news