First Area for Unmanned Ships to be Opened

Norwegian Maritime Authority and the Norwegian Coastal Administration have signed an agreement for the first designated test area in the world for autonomous (unmanned) ships. 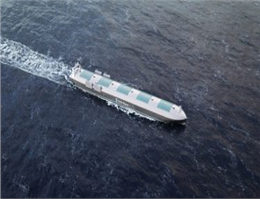 The initiative for the designated area in the Trondheim fjord was undertaken by NTNU, in cooperation with Trondheim Harbour and the Norwegian Maritime Authority, MANA correspondent reported.
“We do not yet know how widespread autonomy will be in future shipping, but for the Norwegian Maritime Authority, it is imperative to be a central participant in this development,” Director General of Shipping and Navigation, Olav Akselsen, said.
After the agreement was signed in Trondheim, a live demonstration of unmanned ships was conducted between the NTNU vessel Gunnerus and an autonomous ship, which demonstrated the principles of autonomy.
So far, only test areas for autonomous cars existed.
0
Tags: norway Maritime authority unmanned ship
Visit Home
Send to friends
Print
Newsletter
Share this news