DP World to Cooperate with Africa

Building on its recent expansion in the Horn of Africa, DP World said Tuesday that it stands ready to work with African leaders to develop ports and logistics infrastructure. 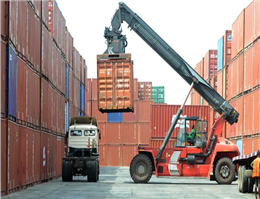 According to MANA, DP World already operates the most advanced port on the African continent at Doraleh, Djibouti, plus two ports in Algeria, one in Egypt and one in Dakar.
Last month the firm signed a $450 million, 30-year concession to develop and operate a multipurpose port at Berbera.
DP World's chairman and CEO Sultan said that "the productive partnerships we have forged with governments, especially in Africa, which represents a major part of our network, underlines how public and private sector organisations working together can look to develop the infrastructure needed to support economic growth and attract investment."
Beyond ports, DP World recently signed a 25-year concession with Rwanda to develop and operated an exports-oriented logistics center in the capital of Kigali.
In a recent report created in partnership with the Economist Intelligence Unit, DP World found that African nations would need to expend about 10 percent on transportation infrastructure in order to keep up with booming economic growth.
0
Tags: DP World operator Africa
Visit Home
Send to friends
Print
Newsletter
Share this news