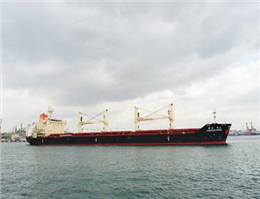 According to MANA, HHM will be the first to look at Hanjin’s vessels, with the focus on five 13,000-container ships. But it isn’t certain HMM will find the money to buy the ships, which could go for around $90 million each.
The South Korean government and Korea Development Bank (KDB), Hanjin’s biggest creditor, are believed to support HMM if the firm decided to acquire Hanjin assests.
The government and creditors have already stated they will not inject any more funds except the promised money to release the containers stranded aboard Hanjin fleet across the world.
HMM has said it is exploring all possibilities with Hanjin after the government raised the issue. A Hyundai spokesman said Friday it is too early to comment or to take any action, as Hanjin has until December to submit a rehabilitation plan to a Korean court, which will then decide whether it can continue operating or be liquidated.
HMM is facing its own financial problems, reeling under 5.2 trillion won ($4.54 billion) of debt after being unprofitable for several years and working on a massive restructuring program.
0
Tags: Hanjin Shipping bankruptcy hyundai south korea boxship
Visit Home
Send to friends
Print
Newsletter
Share this news