The Hanjin Marine is the first Hanjin ship to call at one of the Northwest Seaport Alliance’s (NWSA) terminals, after the South Korean shipping company filed for receivership in late August. 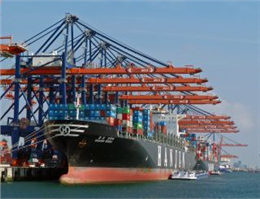 According to MANA,The Hanjin Marine was expected to call at Terminal 18 in Seattle on August 25.
Terminal 18 said it will not charge for import pickups and will not accept empty containers.
On September 22, 2016, the Hanjin Marine was anchored off Vancouver Island and the second ship, the Hanjin Scarlet was also at anchor outside of Prince Rupert. According to NWSA, it was unclear whether either ship will call Seattle.