Cruise Fleet to be Witness of Evolution

During the summer, the cruise ship fleet surged past half a million berths of total capacity as the cruise industry continued to expand its horizons. 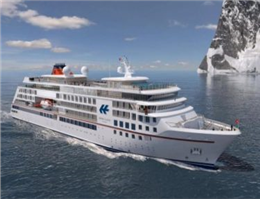 Cruise ship ordering in 2016 was characterized by a rising demand for ‘expedition’ ships which would be sent to the Arctic, MANA correspondent reported.
Overall, vessels with less than 1,000 berths have accounted for half of the 26 cruise ship orders placed so far this year.
The rapid expansion in the ‘mega-ship’ sizes has pushed the cruise fleet over its new milestone, and underpinned the expansion in the cruise ship orderbook to a record 60 units of 142,922 berths at the start of September. Around 70% of berth capacity ordered this year has been accounted for by ships of 4,000 berths and above.
Having expanded robustly by a CAGR of 4.3% p.a. in 2006-15, growth in the cruise fleet is now likely to accelerate in the next few years, as more ‘mega-ships’ are delivered. Cruise operators retain a positive market outlook, with increased passenger volumes in Asia expected to be a key driver of global cruise passenger growth, according to Clarksons.
Overall, 2016 is a record year for investment in the cruise ship sector, with estimated investment in the year to date at USD 8.9 billion.
0
Tags: cruise Asia investment clarksons
Visit Home
Send to friends
Print
Newsletter
Share this news