K Line, issued a statement on Friday to dismiss a rumor that the Japanese shipping giant will file for bankruptcy protection following the collapse of Hanjin Shipping. 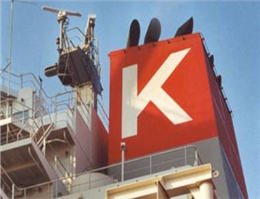 “It has become known to us that a certain NVOCC [non-vessel operating common carrier] company had circulated false e-mails stating a potential bankruptcy of K Line to their customers,” the statement said cited by MANA News Agency.
“The message contained in the e-mails is unfounded without basis of any financial analysis and what is stated therein is false.”
The NVOCC is understood to be APL Logistics — now a part of the Japanese freight forwarding major Kintetsu World Express after Neptune Orient Lines sold it last year — according to a Thursday document sent by K Line to its clients seen by Lloyd’s List.
“We have strongly protested to APLL at a meeting yesterday who admitted that the statement was false and promised to their customers a message to retract such statement,” the document said.
“We are also considering to take any necessary legal measures that we may have against the concerned parties.”
K Line reported a ¥26.8bn ($258.4m) net loss in the first three months of its 2016 fiscal year from a year-earlier profit. For the full year ending March 2017, the company expected to post a deficit of ¥45.5bn, wider than its previous forecast of ¥35bn.
Nevertheless, the Tokyo-listed carrier argued in the statement that its financial condition is still sound, with ¥214.3bn cash and deposits and equity ratio of 29.1% as of end-June.
“We have been providing and will assure to continuously provide customers with our high quality services, and thus we request you to keep good relations with us,” the company concluded in its letter to customers.
0
Tags: shipping line japan K Line bankruptcy
Visit Home
Send to friends
Print
Newsletter
Share this news