Egyptian President Abdel Fattah al-Sisi has ordered authorities on Saturday to punish those responsible for the capsizing of a ship which resulted in the deaths of more than 160 migrants, as families demanded the bodies of their loved ones. 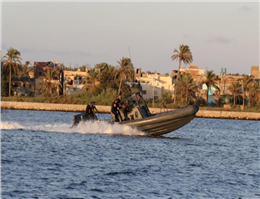 According to MANA, Rescue workers and fishermen rescued 169 people after the boat sank off Egypt's Mediterranean coast early on Wednesday with up to 600 on board, suggesting many more may have perished than the death toll of 162 given by security officials.
Survivors, their relatives and families of the dead have been complaining of what they say is inaction by Egyptian authorities such as the coastguard.
On Saturday morning, tens of families stormed the gate of a coastguard checkpoint chanting: "We want our children, we want our children."
The coastguard service says it foiled an illegal migration attempt and saved lives. Four members of the crew have been arrested.
Following a meeting with the prime minister, minister of interior, and the head of the general intelligence service, Sisi ordered authorities to prosecute those who caused the incident, a presidential statement said.
Officials say the boat was carrying Egyptian, Sudanese, Eritrean and Somali migrants, and that they believed it was heading for Italy.
The International Organization for Migration says that more than 3,200 migrants have died while attempting to cross the Mediterranean this year, while nearly 300,000 have reached European shores.