Cash held by Hanjin Shipping, coupled with commitments from the company’s leading shareholder, the leading creditor, and the parent group’s CEO, should be enough to cover the costs of unloading cargo from the company’s container ships stranded offshore, Reuters reported a South Korean government official as saying. 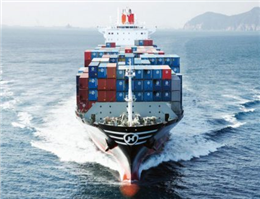 The vessels have been stranded ever since the South Korean biggest container carrier filed for bankruptcy protection in late August, MANA correspondent reported.
Korea Development Bank, the company’s largest creditor, will provide KRW 50 billion (USD 45.2 million) in cash to help Hanjin offload cargo from the stranded ships. Korean Air Lines Co., Hanjin’s largest shareholder, decided to provide KRW 60 billion to the company, and Hanjin Group’s chairman Cho Yang-ho reportedly offered 40 billion won in personal assets to help the carrier complete the offloading.
Following the announcement of the start of the bankruptcy proceedings, 97 of Hanjin’s container ships, carrying cargo worth around USD 14 billion, were left stranded across the globe and unable to load or offload containers in fear of either the vessels or the cargo being seized by creditors or port operators.
Out of the 97 container ships stranded, 35 have unloaded their cargo as of September 22. The majority of the remaining 62 ships is expected to complete the unloading by the end of October.
The courts in Germany, the UK, Japan, and reportedly Singapore have allowed Hanjin Shipping to unload vessels at the ports in these countries.
0
Tags: Container Hanjin Shipping loading unloading south korea KDB
Visit Home
Send to friends
Print
Newsletter
Share this news