Two oil tankers suffered little damage after they collided in the morning hours of September 21, according to Belgian Maritime Rescue and Coordination Centre (MRCC). 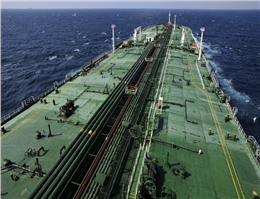 The vessels in question are the 50,215 dwt Ridgebury Katherine Z and the 73,334 dwt Maistros, both built in 2009.
The cause of the incident, which occurred in the Belgian part of the Noth Sea some 30 km off the coast of Ostend, is still unknown, according to the authority.
An investigation into the sequence of events that led to the collision is underway.
MRCC added that there were no injuries to the crew members aboard the tankers, and there were no reports of an oil spill at the site.
Maistros continued its voyage towards the port of Antwerp, while Ridgebury Katherine Z remained at anchor off Antwerp.
0
Visit Home
Send to friends
Print
Newsletter
Share this news