It was confirmed that South Korea’s three largest shipbuilders recorded a little more than 10% of their order goals of this year. With only three months to go until the end of this year, it seems that it is impossible for them to achieve their goals set early this year. 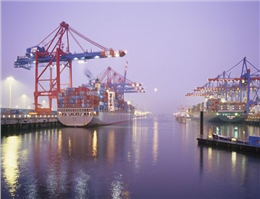 According to MANA and the shipbuilding industry on September 18, although the local three major shipbuilders set US$35.8 billion in new orders as their goals for this year.
This year, Hyundai Heavy Industries (including Hyundai Samho Heavy Industries and Hyundai Mipo Dockyard), Daewoo Shipbuilding & Marine Engineering (DSME) and Samsung Heavy Industries targeted US$ 19.7 billion, US$10.8 billion and US$5.3 billion as their new order figures, respectively. But DSME lowered the goal to US$10.8 billion while formulating a self-rescue plan in June. Subsequently, the drop reduced the big three’s total order goal to US$31.2 billion.
In particular, all of the three shipbuilders allotted big chunks of their goals to the offshore plant sector. But this year, the three have not booked any offshore plant orders, thus giving rise to the low achievement rate.
The Hyundai Heavy Industries Group became the only shipbuilder that went into black in the first half of this year among the three. The shipbuilder set US$19.7 billion as this year’s goal but booked only US$2.4 billion in new total orders as of the end of July.
Three shipbuilders of the Hyundai Heavy Industries Group received orders to build 16 vessels in total by the end of July. They include orders for six tankers, three gas tankers, one bulk freighter and three carriers for petrochemical products. No offshore plant was included in the orders.
DSME significantly cut their goal of US$10.8 billion set early this year to US$6.2 billion in June. DSME has booked orders to build ten ships — six oil tankers, two LNG tankers and two special ships. The company has received no offshore plant order.
Samsung Heavy Industries focusing on offshore plants inked an achievement rate of 0% since the company has failed to receive any order for nine months this year. The company now targets US$5.3 billion, about a third of originally targeted US$15 billion.
0
Tags: south korea Daewoo Shipyard Samsung Shipyard Hyundai Heavy
Visit Home
Send to friends
Print
Newsletter
Share this news