An 11% increase in container volumes at its flagship Khalifa Port has contributed to a 77% surge in net profits . 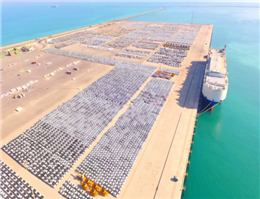 According to MANA, Bolstered by rapid growth in polymer exports and transhipment activity across the Arabian Gulf, Khalifa Port Container Terminal (KPCT) handled 699,776 teu in the six months to June 30, up from 629,941 teu for the corresponding period in 2015.

A 49% jump in passenger numbers at its new Khalifa Port Cruise Terminal and 7% and 4% gains in general cargo and ro-ro volumes respectively also contributed to the near 80% period-on-period net profit uptick and a 20% increase in H1 revenue.