The number of ‘active’ shipyards globally has more than halved since the start of 2009, falling to around 400 shipyards at the start of September 2016, with rapid growth in the total followed by steep decline all within the last decade, according to Clarkson Research. 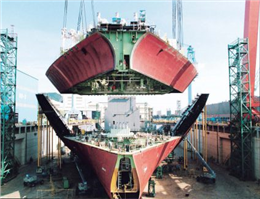 The Challenge To Be Active
Clarkson Research said that, looking ahead, many active yards appear vulnerable today. Around 240 currently active shipyards are scheduled to deliver their last units on order by the end of 2017.
Some of these yards may yet receive orders or have deliveries delayed, however, around a quarter of active yards have only a single ship on order, while around 40% are not reported to have taken a contract since 2014.
“The number of active yards has more than halved since 2009, with a prominent feature being the exit of many Chinese builders from the scene. With ordering levels likely to remain subdued going forward, some shipyards that do not already have substantial orderbooks may also find remaining active a challenge,” Clarkson said.
0
Tags: Shipyard china south korea japan
Visit Home
Send to friends
Print
Newsletter
Share this news