Shipping industry faces worse storm than after financial crisis. The industry has been squeezed on both the supply and demand sides: too many vessels have been built and not enough scrapped, while global trade has slowed down. 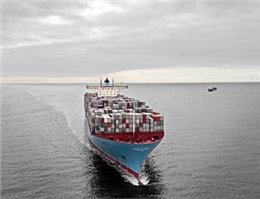 According to MANA, The Economist says that the industry leader A.P. Moller-Maersk is not exempt from the crisis.
"Eyes are trained on changes at Maersk Group in particular, which has long set the course for the industry. The Danish line has probably lost only $11 per container moved this year, less than the $100 figure for companies like Hanjin, but that is still unacceptable to its bosses and to the family that owns it," says the report.
Soren Skou, who remains CEO of Maersk Line as well as the overall group, has said he wants to see the group’s revenues grow, and its oil division will struggle to play its part in this. One short-term but serious problem for Maersk Oil, for example, is that production could halve by 2018 because its licence to operate Qatar’s largest offshore oil field is expiring in July next year.
The Danish firm’s three-year-old analytics team has also worked on discovering the optimal speed and course for its ships. They are trying to cut its big repair bills, too.
And although few shipping outfits have the resources to build ever bigger ships, even the smallest of them can learn to use data better. Data crunching alone will not save the industry from the current storm; that will require ships to be scrapped. But it may prepare it better for the next one.
0
Tags: maersk Maersk Line Denmark crisis marine industry
Visit Home
Send to friends
Print
Newsletter
Share this news