The Impact of Ballast water convention on scrapping

The coming into force of the Ballast Water Management (BWM) Convention on 8 September next year could see some tanker owners deciding to scrap vessels rather than shell out for expensive Ballast Water Treatment System (BWTS) retrofits. 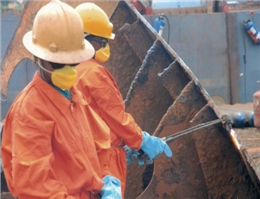 According to MANA, In terms of cost the broker said costs based on talking to tanker owners ranged from $1m to fit a system to an MR product tanker to $2.25m for a VLCC, including installation.

Meanwhile brokers Gibson's also said the legislation would have an impact on older ships not considered viable for retrofit. In terms of scrapping the impact could be compounded by the possibility that 0.5% low sulphur fuel cap will be come into force in 2020 rather than 2025 as many had expected.
"We believe that the impact of both directorates will enhance the prospects for increased scrapping.
Once the BWM Convention comes into force next year and estimated 60,000 – 70,000 vessels will require to be fitted with BWTS between 2017 and 2022.