IOTCO Most Loyal to Resistive Economy

Managing Director of Iranian Oil Terminals Company (IOTCO), Pirouz Moussavi, says his company has managed to raise its engineering, technical and operational capacity in all sectors by implementing the policies of the Resistive Economy. 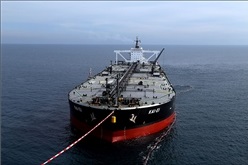 According to MANA,Talking to the IOTCO directors, Moussavi said the IOTCO has been among the first group of companies to live up to the Resistive Economy policies.
He said his company last year had been among the top 100 companies in terms of acting in accordance with the Resistive Economy policies.
He referred to instances of his company’s shining performance last year as support for the home-made goods and effective connection with the domestic academic centers.
He said the company had embarked on indigenizing manufacture of the metering system and master prover e-cards, designing and manufacturing loading arms and tug engines for the first ever in the country, production and use of microbe powder to cleans soil polluted with oil and 60 billion rials investment for implementation of 12 research projects and more than 40 billion rials less spending, designing and construction of the SRJ systems, reservoir basic sediment profile screen show systems, designing and prototype manufacture of microbe powder to remove oil leaks, designing and construction of tank provers and compilation of know-how, and designing and construction of the metering e-card in Kharg island.
The projects provided a suitable ground for promotion and transfer of technical knowledge in crude oil exports