The Russian Deputy Defence Minister Yury Borisov has signed 17 public contracts with a value over 130 billion rubles during the International military and technical forum Army-2016. 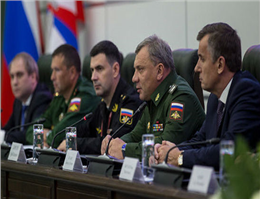 According to MANA,The contracts include orders for six diesel-electric Varshavyanka submarines and three small Buyan-M missile ships (corvettes).
The submarines will be built at St. Petersburg-based Admiralty Shipyard and construction is expected to start in 2018 with two delivered in 2019, 2020 and 2021.
The submarines were developed by the Rubin Central Design Bureau. They are designed for anti-submarine warfare, anti-surface-ship warfare and for general reconnaissance and patrol missions. They are considered to be to be one of the quietest diesel submarines in the world and reputed to be capable of detecting an enemy submarine at a range three to four times greater than it can be detected itself.
There are already for submarines of this type in Russia’s Black Sea Fleet. The first, the Novorossiysk, was delivered to the Russian Navy in August 2014. The second submarine, the Rostov-on-Don, was delivered in December 2015.
A further two submarines are already under construction and expected to enter service this year
0
Tags: Submarines Russia
Visit Home
Send to friends
Print
Newsletter
Share this news