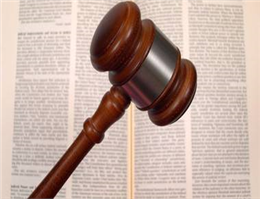 , SOUTH Korea's Hanjin Shipping has secured a temporary bankruptcy protection order from the District Court of New Jersey thus preventing its vessels from being seized by creditors at US ports for the time being.
According to MANA, This temporary solution was less than Hanjin wanted but it does enable Hanjin to bring into port vessels that have been held off of US west coast ports due to arrest fears," the law firm said.
Around 60 lawyers were present at the courtroom. Relevant parties such as shipowners, bunker suppliers, marine terminals, railroads, truckers, and cargo shippers and receivers also sat in on the case.
The report noted that although the various parties were not able to come to an agreement not to interfere with or transfer Hanjin's properties, the judge eventually granted the stay order without prejudice to existing rights.
"However, until further orders of the court, no property can be arrested, attached or liened."
0
Tags: US court Hanjin Shipping
Visit Home
Send to friends
Print
Newsletter
Share this news