The Iranian Chamber of Commerce in shanghai and the Trade Promotion Organisation of Iran (TPO) will hold the first “Iran-China Silk Road Economic Opportunities Conference” in Shanghai, China on September 8. 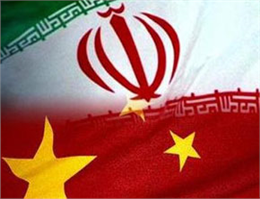 Chinese President Xi Jinping paid a visit to Tehran last January one week after the implementation of the Joint Comprehensive Plan of Action (JCPOA) began. During his visit, top Iranian and Chinese officials inked 17 agreements and documents on bilateral cooperation including “Iran-China 25-year strategic relations agreement” and “an MOU to establish the joint Silk Road Scientific Fund”. Meanwhile, two sides agreed to build economic ties worth up to $600 billion within the next 10 years, as Iranian president Rouhani announced in a joint news conference with his Chinese counterpart.

The “One Belt, One Road” (OBOR) initiative and Iran’s nuclear deal have the potential to create a new era on long-standing relationships of two countries. Iran and China have complementary economies which provide many potential grounds for cooperation between two countries. Iran has one of the largest hydrocarbon reservers including crude oil, and natural gas in world which could secure China’s need for energy over next decades. Moreover Iran has one of the largest domestic market in the region so that in many sectors of its economy Chinese companies can find lucrative opportunities for either investment or trade.

The conference is organised to provide a platform to business and top executive managers from Iran and China to discuss business opportunities emerging from the lifting of sanctions and OBOR and strengthen bilateral cooperation and joint investment between two countries.
0
Tags: Economic Opportunities Conference iran china
Visit Home
Send to friends
Print
Newsletter
Share this news