Roughly half of Hanjin Shipping Co Ltd's container vessels have been blocked from ports since the South Korean firm's collapse, putting manufacturers and their customers increasingly on edge about the fate of cargo and spikes in freight costs. 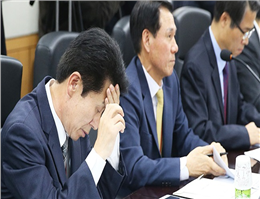 According to MANA,Woes for world's seventh-largest container shipper have only deepened since its banks withdrew support and it filed for court receivership this week. One vessel has also been seized by a creditor in Singapore while firms in the U.S. have launched legal action against Hanjin to seize vessels and other assets over unpaid bills.
The potential for cargo to be stranded, perhaps indefinitely, is unnerving for many - particularly as industry insiders and analysts believe that Hanjin has little chance of being rehabilitated and its assets will eventually be liquidated.
"The biggest problem is what is going to happen to cargos at sea. We are just praying that our cargos are not seized," said Ra Kyung-moon, executive vice president at Forman Shipping, a freight-forwarding firm in Seoul.
Some manufacturers are drawing up contingency plans while the U.S. Retail Industry Leaders Association has called on Department of Commerce and the Federal Maritime Commission to take action to minimize disruption.
A Hanjin spokeswoman told Reuters that 44 of its 98 container ships had been denied access to ports including Shanghai, Sydney, Hamburg, and Long Beach, California.
These include instances where lashing firms have refused service, or where port authorities have blocked entry.
But service for Hanjin ships resumed at South Korea's main ports of Busan and Incheon on Friday after the government said port authorities would guarantee payments for service providers.
On Thursday, a Korean trade group said about 10 Hanjin ships were effectively seized in China. Hanjin said on Friday that number was incorrect.
0
Tags: Hanjin Container
Visit Home
Send to friends
Print
Newsletter
Share this news