Aug 31 Several ports, including those in China and the United States, have denied entry to ships of South Korea's Hanjin Shipping Co on concerns it won't be able to pay fees after banks halted support to the firm, a company spokeswoman said on Wednesday. 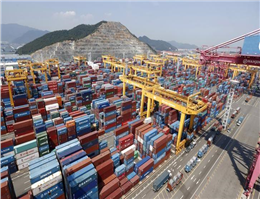 According to MANA,The ports that have so far blocked entry to its ships are Xiamen and Xingang, China; Valencia, Spain; Savannah, United States, and Prince Rupert, Canada, the spokeswoman said.
South Korea's largest shipper said on Wednesday it would file for court receivership after losing the support of its banks, and the country's financial regulator said a rival operator will look to buy Hanjin's "good" assets.
0
Visit Home
Send to friends
Print
Newsletter
Share this news