Armed robbers board bulker off Peru 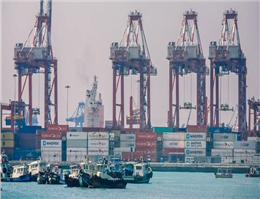 According to MANA,However, the pirates fled the scene after crew members sounded an alarm, and no one onboard was harmed.
After the alarm was raised, all crew were mustered on the bridge.
Peru’s coastguard sent a team to investigate the incident, which took place while the vessel was anchored off Callao.
The bulker was not identified. The attack took place Saturday, though it was made public today.
It is the seventh piracy incident on South America’s coast this year, although it is the first for Peru, according to the IMB’s Piracy Reporting Centre.
There have been 127 pirate attacks worldwide this year.
0
Tags: bulk carrier
Visit Home
Send to friends
Print
Newsletter
Share this news