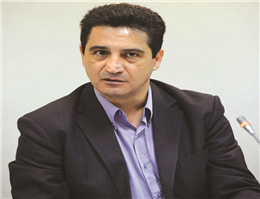 The number of offshore vessels in Valfajr Fleet has increased to seven from two vessels.
In an interview with MANA reporter, the director of Valfajr Shipping Company referred to the expansion of offshore fleet and remarked: in the light of expanding activities and making new sources of income, Valfajr Shipping Company has placed the expansion of its offshore fleet on its agenda since 2013.
Captain Majid Sajdeh added: continuous cooperation, providing the necessary infrastructures for supplying maritime skilled personnel and Technical provisions are among factors which should be taken into consideration regarding the expansion of offshore vessels and enter to this market.
He further stated: given that the type of operation in offshore vessels is different from other vessels, supplying skilled and well-trained personnel is a significant issue which needs a comprehensive and long-term planning.
He continued: over the past 3 years, Valfajr Shipping Company has managed to sign six long-term contracts with Iranian Offshore Oil Company (IOOC) for three offshore supply vessels and two tow vessels.
Making a reference to the transferring passengers in 2015, the director of Valfajr Shipping Company proposed: in the last year, 241,309 passengers transferred through domestic and international travel as well as tourist tours, he continued: about 105.966 passengers have also been transferred in the first four months of the current year.
0
Tags: Valfajr Fleet Offshore Vessels
Visit Home
Send to friends
Print
Newsletter
Share this news