The Russian passenger ship Stepan Arzhakov grounded in the Siberian River Lena on the weekend. The vessel’s 98 passengers and 11 crew were rescued by helicopter. 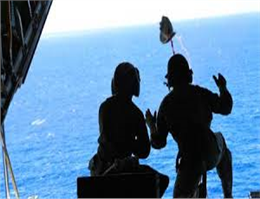 The vessel grounded about eight kilometers from the village of Batamai on the way to the city of Yakutsk. The grounding occurred as a result of strong early morning crosswinds, says Russia’s Emergency Ministry.

There were many children and elderly people on board, and the rescue operation lasted for several hours.