Iranian oil exports have boosted to as high as 2.5 million barrels per day – a landmark development that could mean the country has already regained a crucial global oil market share that it had lost as a result of multiple years of sanctions. 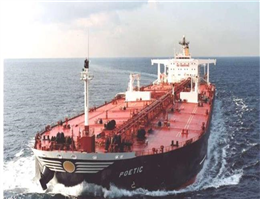 According to MANA,"Oil exports have increased to 2.5 million barrels per day," said Iran’s First Vice President Es’haq Jahangiri. "The sons of the Iranian nation have been able to move again the wheels of the country’s oil production that had stopped [as a result of the sanctions] and thus regain the old [share] of the markets,” Jahangiri told a meeting of education officials.
He emphasized that several oil producers – specifically the Persian Gulf states – have come across "enormous" problems as a result of the plunging prices of crude oil over the past few years.
However, Iran’s economic stability prevailed due to an efficient management, Jahangiri added.
In mid-January, a series of economic sanctions that had been imposed on Iran for multiple years were removed after a deal between the country and the P5+1 – the five permanent members of the UN Security Council plus Germany – was implemented.
The sanctions barred foreign investments in the Iranian oil industry and also limited a low ceiling of 1 million bpd on the country’s oil exports.
Before the sanctions were lifted, Iran said it had made the necessary preparations to boost its oil production capacity to pre-sanctions levels.
Iran’s Petroleum Minister, Bijan Zangeneh had repeatedly emphasized that the country was determined to regain its share of the oil market that it had lost as a result of the sanctions within a short period of time
0
Tags: oil market iran
Visit Home
Send to friends
Print
Newsletter
Share this news