Dubai-based port and terminal operator DP World has delayed the planned expansion of its flagship port of Jebel Ali due to softer market conditions, the company said in its latest financial report. 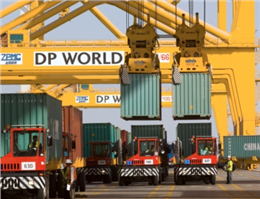 According to MANA, Namely, the company postponed 1.5 million TEU of Terminal 3 capacity expansion into 2017, while it also slowed the expansion of Terminal 4.
So far this year, Jebel Ali port’s Terminal 3 delivered new capacity of 0.5 million.
The port and terminal operator saw a 50.2 percent surge in its year-on-year earnings from USD 405 million reported in the first half of 2015 to USD 608 million in the first half of 2016.
0
Tags: DP World Jebel Ali
Visit Home
Send to friends
Print
Newsletter
Share this news