Iran has turned into major exporter of liquified petroleum gas, fuel oil and gasoil following surplus in the output. 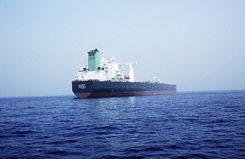 According to MANA,Iran is now exporting about 50 million liters of crude resid a day to the regional and global markets.
Increase in the crude resid output surplus and dedication of major portion of the fuel to the Iran bankering system in the Persian Gulf region will bring in hard currency, developing market of fuel supply to ships and the by-passing vessels in the strategic Persian Gulf region, Hormuz Strait and Oman Sea.
This will have abundant international advantages and sovereignty for the Islamic Republic of Iran.
Liquid gas has been among other exported items. Since start of this year, on the average, about 640 tons of liquid gas were exported both onshore and offshore to the neighboring countries and world markets.
Furthermore, Iran plans export of other fuels like jet fuel, cargo and passenger plane fuels and training plane fuel.
Export of oil products are hoped to show more increase following commissioning of new refinery projects like Persian Gulf Star Refinery.
The big achievement of the 11th government was due to logical policies of Ministry of Petroleum. After 110 years Iran for the first every turned into exporter of oil products last year, while it was an importer of the products in 2014.
National Iranian Gas Company (NIGC) plans to export gas to 15 countries in the coming years, including Europe, via pipeline or as LNG.
Iran currently produces around 250 Bcm/year of gas, according to Iranian officials, most of which is consumed domestically.
The country aims to boost gas production to 360 Bcm/year by 2020, which in tandem with efforts to curb domestic consumption would free up the necessary vast volumes for export.
Iran already has deals in place to supply gas to some of its immediate neighbors, including Iraq, Oman and Pakistan, while Tehran is also engaged in talks to supply gas to other countries in the region such as Afghanistan and Kuwait.
NIGC also has ambitions to export to countries including India and China
0
Visit Home
Send to friends
Print
Newsletter
Share this news