United States District Court Judge Leslie E. Kobayashi accepted the guilty plea of Doorae Shipping Co., LTD, a South Korean maritime operations company, and sentenced the company to pay a fine of $275,000, and a term of three years of probation . 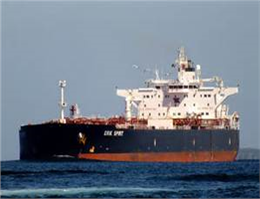 According to MANA, According to the Information to which Doorae pled guilty, the operation of a marine vessel, such as the B. Pacific, a petroleum oil tank ship registered under the flag administration of the Marshall Islands, and operated by Doorae, generates large quantities of waste oil and oil-contaminated waste water.
"Environmental crimes are a serious threat to the health of our oceans," said Capt. Mike Long, Coast Guard Captain of the Port for Honolulu. "The Coast Guard is dedicated to enforcing all U.S. laws and international requirements to prevent marine pollution in Hawaii and all U.S. waters. This case sends a clear message that violators will be vigorously investigated and prosecuted."
0
Tags: Korean Shipper US
Visit Home
Send to friends
Print
Newsletter
Share this news