Japanese ship export orders for July are down nearly 80% in gross tonnage terms compared to a year ago, latest industry figures show. 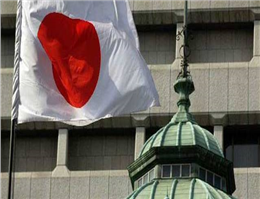 According to MANA,Orders for eight ships of 303,299-gt were placed last month, according to the Japanese Ship Exporters' Association (JSEA).
This compares with orders placed for 25 ships of 1.4mgt that were recorded by JSEA members in the same month in 2015.
July 2016 saw orders for a single capesize bulker, three handymax units, two handysize units, a post-panamax bulker and a small tanker.
Of those ships some 83% are due to be delivered by FY2017 with the remaining 17.2% due to emerge from their respective shipyards by FY2020.