Hanjin Shipping sinks into the red

Hanjin Shipping swung into the red in the second quarter as it continued restructuring efforts. 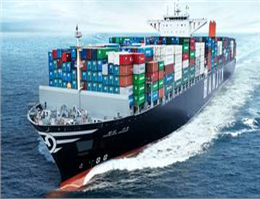 According to MANA,Seoul-listed Hanjin saw its bottom line sink to a loss of KRW 212bn ($194m) in the three months to the end of June, reversing a profit of KRW 104bn a year earlier.
It came as revenue fell by more than a quarter to KRW 1.43 trillion year-on-year.
Hanjin, which is working to restructure charters with 22 separate shipowners, needs KRW 1.2 trillion over the next 18 months to repay debt and operate, according to the Yonhap news agency.
However, Hanjin believes KRW 400bn would meet its needs should rates be reduced and debt payments delayed.
According to reports in the Business Herald today, Hanjin remains hopeful of striking a deal with Seaspan to restructure charters despite Gerry Wang’s public statements on the matter.
“Seaspan notified us that it can adjust charter fees if it is not the debt-equity swap. So, we are looking for another way to have equivalent effect to cut charter fees,” an official told the Korean newspaper
0
Tags: Hanjin Shipping
Visit Home
Send to friends
Print
Newsletter
Share this news