Nine Iranian ships, properties of the Islamic Republic of Iran Shipping Line (IRISL), received the coverage of Steamship Mutual International Group of P&I Clubs, and their names were placed in the club's website, next to the other member shipping lines. 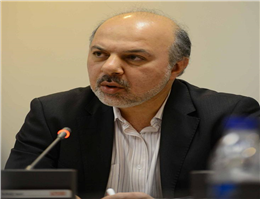 The IRISL Insurance Brokerage Director stated to the MANA reported that finally, after a long period of negotiations, 9 ships, property of Valfajr Shipping line, received the coverage of Mutual Steamship International Group of P&I Clubs since 31 July 2016.
Captain Mohammadreza Banaei added that under current circumstances, we could claim that once again, grounds have been paved for the International activities of IRISL. Once again, ships could easily sail to each and every corner of the world and serve the international transportation society while flying Iran's three-colored flag.
After the execution of Comprehensive Plan of Action (JCPOA), various meetings were held with Iranian and foreign parties, and it was decided that the risks of the ships in some grounds in two fields of "Hull-Machineries" and "Protection-Indemnity" be delegated to international insurances.
He further asserted that sanction imposers had targeted Iranian shipping lines, and intended to disrupt their routines by confining and pressuring international insurance clubs, including P & I. This matter created numerous issues and complexities for shipping lines in the sanctions era.
As far as we are concerned, Banaei added, we have made pertinacious effort to pave the grounds for the IRISL ships to retrieve their position in international transportation.
0
Tags: International Club Iranian Ships
Visit Home
Send to friends
Print
Newsletter
Share this news