The cruise industry in Asia is growing at a record pace and shows no signs of slowing down, according to Cruise Lines International Association’s (CLIA) 2016 Asia Cruise Trends study. 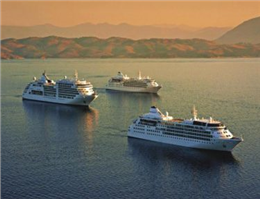 The study shows that the Asian source markets experienced the most growth year over year in ocean cruise passengers with a 24 percent increase from 2014 to 2015, and a total of 2.08 million passengers in 2015, while growth was seen in the region’s cruise deployment, capacity and destinations as well, MANA correspondent reported.
“The cruise industry has been nimble and responded quickly to the demand for cruise travel in Asia,” Cindy D’Aoust, President and CEO, CLIA, said.
The study revealed that there the number of ocean cruises and voyages offered in the region continues to grow to meet demand with 1,560 sailings scheduled for 2016 alone, a sharp increase of 43 percent when compared to last year.
This year, 60 ocean cruise ships are set to sail in Asia versus 43 ships in 2013, 15 percent more ships than the 52 operating in 2015. The capacity to carry passengers also continues to grow, surging by 51 percent in 2016, and, as a result, the overall passenger capacity on ocean cruise ships is expected to reach 3.2 million in 2016.
0
Tags: cruise Asia CLIA
Visit Home
Send to friends
Print
Newsletter
Share this news