The Iranian deputy oil minister for international affairs and trade, announced that the Islamic Republic will ink new oil contracts worth billions of dollars with renowned foreign companies by the end of the present Iranian calendar year (March 20, 2017), MANA reported. 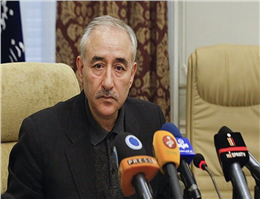 “The initial framework of these contacts has been ratified by the cabinet,” Amir Hossein Zamaniniasaid the Iranian deputy oil minister for international affairs and trade said, “and the intended projects will be put out to tender after being enacted by the parliament.”
In November 2015, Iran introduced a new model of oil and gas contracts, known as Iran Petroleum Contract (IPC), which will replace buy-back agreements. It is expected to offer more flexible terms on oil price fluctuations and investment risks to make the sector more financially attractive.
Underlining that the way for attracting foreign investors has become bumpy due to the decreased oil prices, Zamaninia asserted that the offered oil projects by Iran are still eye-catching to overseas investors.
Answering a question about the sluggish trend of signing oil contracts with foreigners after the implementation of Iran’s nuclear deal with the six world powers, the deputy minister blamed the long procedure of ratifying the new model of oil and gas contracts as the main reason and admitted that Iran is determined to offer mega oil projects and sign related new contracts with foreign companies before the year end.
He underscored that preliminary negotiations with Asian as well as European companies are unceasingly conducted and some primary agreements have been reached.
0
Tags: oil price IPC Oil foreign investors
Visit Home
Send to friends
Print
Newsletter
Share this news