The World Health Organization report on drowning released last year estimated that 372,000 lives are lost in the world’s waters every year 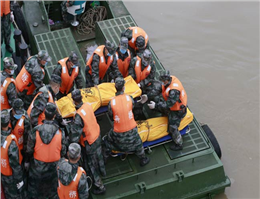 According to MANA,“ Africa and Asia-Pacific account for almost 90 percent of the world’s deaths on water. It is an epidemic but one that is almost invisible. On top of the 372,000 estimated there are also around 25,000 artisanal fishermen’s lives lost annually - a major challenge in the waters of the Asia-Pacific.”

In his opening speech, Reid said that the 2016 IMRF report into ferry accidents identified 166 reported ferry accidents, 18,000 deaths across 37 countries with an average 111 deaths per accident and 1,300 deaths per year. And these are just the accidents reported; the real figure is likely to be close to double this.
Many of these deaths could be prevented and more lives could be saved by improved maritime search and rescue coordination and rescue response and increased awareness of the importance of safety on the water, he explained.
“The IMRF is committed to help the maritime search and rescue development in Asia-Pacific through our regional office in Shanghai the Asia-Pacific Regional Centre the APRC,” Reid said.
“The shipping and security of exported and imported goods such as oil and gas from Middle East countries to Japan, China and Korea through the strait, is of the utmost importance. Products destined for the U.S., Europe, and African markets also pass through our seas.
0
Tags: Each Year
Visit Home
Send to friends
Print
Newsletter
Share this news