How Shipowners Changed Behavior in 1H 2016

The infographic below, released by VesselsValue, shows the change in ship ordering, selling and scrapping activities in the first half of this year, when compared to the same period in 2015. 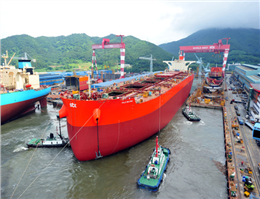 The findings showed that there was a 52 percent reduction in spending on second hand vessels. In 2015, a total of USD 14.8 billion was spent on second hand vessels, while this number amounted to USD 7.1 billion in 2016, MANA correspondent reported.
Furthermore, newbuilding orders decreased by 65 percent in the first six months of this year with only 238 ordered ships, against 689 ships in the same period last year.
However, scrapping activity recorded a ten percent increase, with 428 demolition sales in 2016, compared to 388 in the first half of 2015.