Atlantic Navigation Holdings (Singapore) has seen its first half net profit plunged as revenue was chopped due to the sluggish oil and gas market. 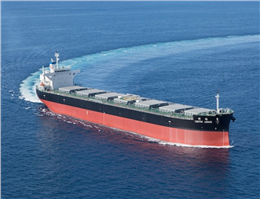 Profit for the first half ended 30 June 2016 was recorded at $225,000, a dive of 97.1% from the gain of $7.73m in the same period of 2015, MANA correspondent reported.
Revenue for the six-month period fell by 38.8% year-on-year to $15.74m due mainly to an idled liftboat on completion of a previous charter, as well as lower day charter rate for OSVs.
Singapore-listed Atlantic Navigation pointed out that it has managed to secure long term contracts for 10 OSVs on five-year charter with two-year extension option from a Middle Eastern national oil firm.
The charters will commence progressively with three OSVs started in May 2016 and the remaining seven newbuilds to be deployed in 2017 following delivery.
“The group continues to be cautious with its fleet upgrade and expansion program given the continuing uncertainties in the oil and gas sector caused by the decline in oil price,” Atlantic Navigation commented.
“The group will continue to review specific opportunities within its core market in the Middle East where offshore energy and production levels are being maintained, as well as within the group’s targeted new markets, particularly in Malaysia.”
0
Tags: Atlantic Navigation profit revenue 2016 singapore
Visit Home
Send to friends
Print
Newsletter
Share this news