A total of USD 1.6 billion was spend on second-hand vessels in July 2016, compared to USD 3.1 billion spent in the same month last year, representing a drop of 48% in the total value of second-hand sales concluded in the period, according to data provided by VesselsValue. 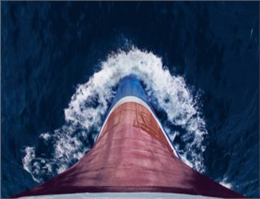 According to MANA,Bulker and tanker sales were down 13% in July 2016, while the largest drop was seen in the container sector where only 2 sales were concluded compared to 31 in July 2015.
The bulker sector saw the largest number of sales as 44 vessels were sold during the month, worth up to USD 450 million, followed by the tanker sector with 41 sales valued at USD 1.1 billion.
Only 12 newbuilding orders were placed in July 2016, including six tankers, five containerships and one bulk carrier, a significant drop from July last year when 79 tankers, 82 containerships and 26 bulkers were ordered.
0
Visit Home
Send to friends
Print
Newsletter
Share this news