Creditors Give Chance to Hanjin

HANJIN Shipping has finally gotten approval from its creditor banks for a one-month extension of its voluntary restructuring agreement until September 4 this year, according to a stock exchange filing. 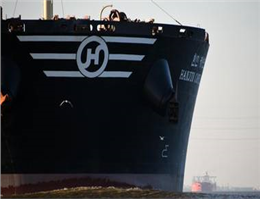 According to MANA,The extension will give the South Korean carrier more time to convince its counterparty ship owners in negotiations for lower charter rates, said a Hanjin spokesman, adding: “Hopefully we’ll be able to solve the issue by the end of the extension.”
However, should the charter rate negotiations break down, the line will likely be forced to seek out court receivership, which would result in more time required for the company to trim its massive debt load, said an industry participant familiar with the matter.
Seaspan, which has chartered out a series of 10,000 teu boxships to Hanjin, has been resolute in refusing to accept the rate cuts, saying it would rather withdraw tonnage than making any concessions.
0
Visit Home
Send to friends
Print
Newsletter
Share this news