Deputy Minister of Petroleum, Ali Kardor, stated that: terms of new export contracts for cooperation with foreign oil companies will be more difficult. 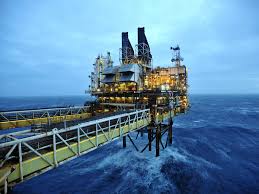 According to MANA, the National Iranian Oil Company makes more hard decisions for cooperation with the international companies due to the fact that competitive conditions have got better and prices have become more suitable which arises from implementation of the JCPOA. So, the priority for cooperation is given to the technical and well-credited companies.'
Kardor made the remark in an interview with reporters on the sidelines of a ceremony to mark the 50th year of establishment of National Iranian Gas Company (NIGC).
Kardor said holding tender and reaching contract takes time but west Karoon oilfields, especially Azadegan joint fields, are prioritized.
On deals signed with the international companies, Kardor said the deals do not bear any obligation for the NIOC.
As for export of gas, he said more than two million bpd oil is targeted to be exported and including export of gas condensates, the figure will reach 2,500,000 bpd.
Commenting on offering the bids for development of oil fields without holding any tender, he said to that end no plan has yet been devised.
0
Tags: iran oil price NIGC JCPOA
Visit Home
Send to friends
Print
Newsletter
Share this news