Russia to get Twelve New Warships 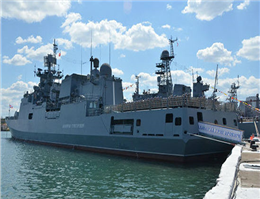 According to MANA,The nation’s United Shipbuilding Corporation is building six of the warships and four other vessels. However, in 2015, the yard failed to deliver seven vessels on time, states TASS.
So far this year, two frigates - the Admiral Grigorovich and the Admiral Essen - have entered operation and another frigate Admiral Makarov is expected later this year. The frigates have a displacement of 4,000 tons, a length of 125 meters (410 feet), a full speed of 30 knots and an endurance of 4,850 miles.
The Russian Navy is currently preparing a contract with United Shipbuilding Corporation for eight new Leader-class vessels.
0
Visit Home
Send to friends
Print
Newsletter
Share this news