A 23-year tax exemption has been approved for Chinese operators of Gwadar port in Pakistan by the country’s Economic Coordination Committee of the Cabinet (ECC). 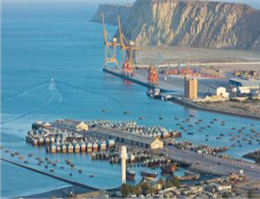 According to MANA, China is developing the port as a strategic and commercial hub under its “One-Belt One-Road” initiative.
Pakistani Ministry of Finance said that the move came as ECC accepted most of the recommendations made by its subcommittee for extending concessions to China Overseas Ports Holdings Limited (COPHCL).
With this move, ECC would make a complete income tax exemption for 23 years to businesses that will be established in the Gwadar Free Zone.
In May 2013, Pakistan handed over the Gwadar port to the Chinese company by annulling a deal with a company from Singapore that failed to develop the port after acquiring it in 2007.
Gwadar port is located at the mouth of the Persian Gulf, just outside the Straits of Hormuz, near the key shipping routes accommodating a flow of more than 17 million barrel oil per day and a large quantity of bulk, break-bulk and containerized cargo. The deep-sea port has the capability to handle ships of 50,000-deadweight tonnage (DWT).
The port is currently undergoing expansion which is set to push its traffic handling capacity to one million tons in 2017.
0
Visit Home
Send to friends
Print
Newsletter
Share this news