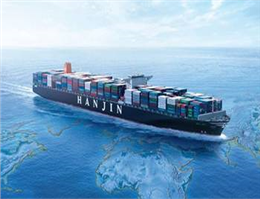 According to MANA,Korea’s largest container operator by capacity plans to sell data-x-items such as dry bulk activities while the debt-stricken shipping group negotiates with shipowners for a reduction in charter contracts. Without lower prices, a debt restructuring will not be an option, say the creditors.
In a Korea Exchange filing, Hanjin Shipping said, “In order to restructure our debts, we have devised intensive measures to raise capital.”
“Hanjin Shipping will continue aggressive restructuring efforts,” the company said in the statement. “We will cooperate closely with the creditors should they accept our application.”
To start with, the company plans to sell terminal assets in South Korea. These are expected to raise KRW175 billion. It has several terminals worldwide, including Busan, Gwangyang, and Incheon.
Hanjin also plans to securitise its office in Busan, a move that could net KRW102.2 billion.
It could also sell some of its bulk carriers and its remaining stake in H-Line Shipping, the entity to which it divested its bulk and LNG shipping businesses in 2014.
Hanjin Shipping is the latest among South Korean liners recasting their debt after Finance Minister Yoo Il Ho called for an industry overhaul following years of weak demand that eroded cash at companies.
0
Visit Home
Send to friends
Print
Newsletter
Share this news