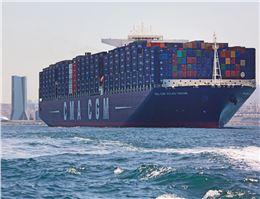 The proposed routes would cover the Asia-Europe, Asia-Mediterranean, Asia-Red Sea, Asia-Middle East, Trans-Pacific, Asia-North America East Coast, and Trans-Atlantic trades.
The alliance will result in a fleet of over 350 containerships.
The new alliance plans to begin operations in April 2017 but is subject to regulatory approvals from relevant authorities. The initial period of the alliance will be five years.
0
Visit Home
Send to friends
Print
Newsletter
Share this news