With the investment of over 10 Billion Toman , the first Iranian ferry vessel will be launched for commuting in Chabahar-Oman route from this year. 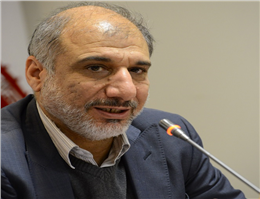 In an interview with MANA correspondent, The Secretary Of Finance Committee at Port and Maritime Organization stated: for the first time ,we are witnessing the launching of Iranian ferry vessel in Oman waters.
In order to do so, he added, the private sector investor has taken the necessary measures to construct this ferry vessel for commuting in Chabahar-Oman route.
In the light of taken measures,in the first step, this passenger line will commence its activities with one vessel.
This official figure asserted: Chabahar Port is a Free Trade Zone, it hence is capable of attracting foreign tourists in addition to domestic tourists, who are interested in commuting through international routes.
Abdul Kareem Rizwan emphasized: there is no ting of doubt that the promotion of maritime commuting in the Transfer Passenger sector in Oman waters through Chabahar Port, will brings about very fruitful effect on Iran‘s economy development.
In another part of his speech, he remarked: the promotion of passenger line in Oman waters would pave the way for Iranian people to experience an easy maritime travel to Pakistan, Oman and India.
Launching ferry vessel in Oman waters, he added, in long run, would leave a very positive economic output on the investors of the private sector.
Abdul Kareem Rizwan explained: Chabahar Port, currently, is capable of offering the necessary facilities and infrastructures for docking of ferry vessels. Cruise vessels, he asserted, are also able to dock at Chabahar Port, which should be utilized in the beat way.
Making a reference to the launching of the phase of Chabarhar Port development in this year,The Secretary Of Finance Committee at Port and Maritime Organization speculated that with the launching of Chabahar Port development plan, we would be witnessing a boom in the economy of this region.
In the end, he emphasized: the increase of transit in Chabahar Port will result in a massive change in this region.
0
Visit Home
Send to friends
Print
Newsletter
Share this news