Valfajr Shipping Fleet to be Renovated

Managing director of Valfajr Shipping Company stated that the main developmental plan of this company is the renovation and enhancement in the capacity of Ro-Ro and ferry fleet in 2016. 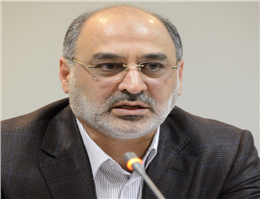 Captain Mansur Eslami referring to the performance of Valfajr Shipping Company in 2015. He stated to MANA reporter that: “Unfortunately, we have faced a severe economic recession in the field of container, passenger and offshore activities due to the sanctions in 2015. However, we hope to be the witness of more prospect in most commercial activities and investments in our country with the removal of sanctions in the post- sanctions era through overcoming the existing obstacles and facilitating trade. All mentioned criterion lead to a development in shipping companies’ activities”, he remarked.
Considering the removal of sanctions and the presence of foreign investors, this official figure stated: “this shipping company will improve the activities in the field of feeder, ferry , offshore vessels specifically Ro-Ro ones, which have the capacity of carryings cars and trailers. This will help us to gain the authority of entering new markets of Persian Gulf region such as Oman which will be taken into account seriously”.
He continued: “the company aimed at both the renovation of ferry and R0-Ro fleet and an enhancement in the number and capacity of vessels which could rise the competitive capability and operational activities of the company’s fleet and experience marine tourism in its record”.
He believed that marine tourism is a new trade in shipping industries. Then, the company will provide the initial preliminaries to get the best results of this.
“The initial preliminaries will be put into action as soon as possible and we hope to perform it in the near future. In order to remain alive in a competitive market of Ro-Ro and ferry vessels, we must speed in renovation of the fleet and enhancement in the number of vessels”, He further added.
Referring to the negotiation process, managing director of Valfajr Shipping Company remarked, some European companies announced their willingness to cooperate with the company in the field of Ro-Ro and ferry.
“Today’s marine tourism is not in its real place due to the local tours which are held in the coast of ports and rivers. The company will reach to its best performance in this field by activating the supply chain and scheduling programs, creating necessary infrastructures such as establishing dock and appropriate terminals in all ports”, he added.
“We can approach toward the first phasing by putting into operation ferry vessels with the appropriate size according to existing facilities in port. Moreover, the operation in this industry is rooted in the presence of a caretaker. So, formulation of rules and regulations of this industry is of more importance with regard to structure its main base”, He said regarding the phasing process of marine tourism. Choosing valid passenger lines with enough experiences to transfer the investment with a full confidence is the next step”, He declared.
“Starting up the shipping lines of Xasb-Gheshm and Mescat- Chabahar in the field of passenger transfer can be referred to as the most important communicative function rather than economic advantages. So it is suggested that the government should provide supportive packages to Valfajr Shipping company to balance the vessels between two countries”, he told.
0
Visit Home
Send to friends
Print
Newsletter
Share this news