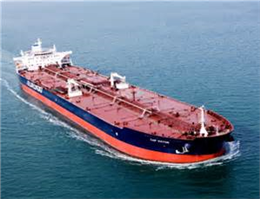 According to MANA,SUEZMAX tanker earnings have been supported by steady cargo volumes from the Middle East and West Africa, but aframax rates continued to drop for the fourth week in a row, bearing the brunt of healthy vessel supply despite delays at various ports.
The suezmax time charter equivalent on the Baltic Exchange, which includes the benchmark TD6 and TD20 routes, was little changed at $26,104 per day at Monday’s close, compared with $25,388 per day a week earlier.
The TD6 rate for hauling 135,000-tonne cargoes from the Black Sea to the Mediterranean was steady at Worldscale81.02, or $24,943 per day, comparted with W79.36, or $24,394 per day, a week earlier.
The TD20 benchmark rate from West Africa to northwest Europe also stabilised, at W77.98, or $27,264 per day, compared with $26,381 per day, a week earlier.
But the slower very large crude carrier market should result in stronger demand for the suezmax segment going forward, some said
“[We expect] imminent demand strength... [accompanied by] markedly lower VLCC coverage of West Africa cargoes during May’s first decade thus far, from an already low final decade of April,” Charles R Weber Research analyst George P Los said in a report.
He said only two VLCC fixtures were reported for loading from May 1 to May 10 so far, and the refinery maintenance season in Asia has curbed the purchases of West African cargoes, which means that VLCC fixtures are likely to stay low.
“This should leave more cargoes available for suezmaxes and help to tighten suezmax supply/demand fundamentals and support rate gains further,” Mr Los said.
0
Visit Home
Send to friends
Print
Newsletter
Share this news